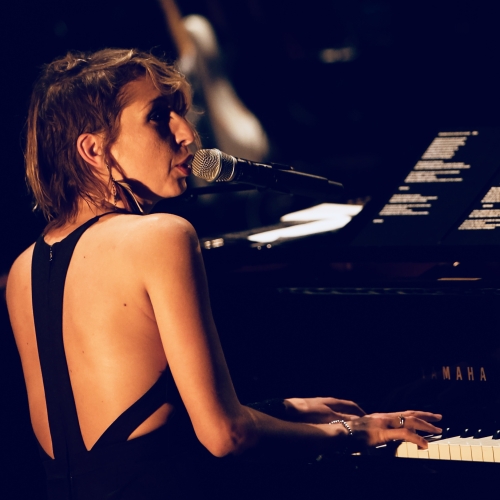 An intimate moment, in all simplicity, where Catherine Major can tell her story in music. A unique opportunity to discover her inspirations, snippets of life, in short, a unique rendez-vous with this wonderful and generous artist.

Catherine Major’s first album and show, Par-dessus bord (2004), earned her numerous awards, including the prestigious Coup de coeur de l’Académie Charles-Cros (France) and the European Broadcasters Award (RIDEAU) in 2005. In addition to the Félix award for Best Production, Catherine and her second album Rose sang were nominated for Best Songwriter, Best Pop Album and Best Singer-Songwriter Show at the 2008 and 2009 ADISQ Galas. The rest of her career has been just as successful, including a Jutra for “Best Film Score” for Le Ring (Anaïs Barbeau-Lavalette), as well as the Félix-Leclerc de la chanson award, to name a few. Catherine Major’s 4th album, La maison du monde, was released in 2015 and followed by a tour. The artist also collaborates on various album projects and shows as a guest artist.

In 2020 she offered us Carte mère, the album, the film and the show that finally takes the roads of Quebec. Catherine Major signs the musical composition of the show Albertine en cinq temps, l’opéra, based on the work of Michel Tremblay.