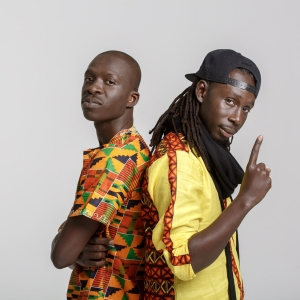 Talented and committed musicians, rappers Moussa and Ablaye M’baye created in 1997 DEGG J FORCE 3. Soon they became the flagship group of urban music in Guinea and a symbol of musical success, emancipation that empower the youth regarding its responsibilities.

Revealed to the great public in 1999 through the compilation Afrik Hard-Cord, the Group has since performed in Guinea, West Africa, Europe and Canada.

Music in the skin

Ablaye and Moussa had written several pieces during their youth, during a stay in Dakar, they put themselves in defiance to record a first album, in just a few months, Degg j enters the legend with a record of sales of more than 78,000 copies of the opus titled ‘Mach’Allah’ and becomes THE reference for the current artistic generation.

Tens of prizes came to reward their efforts on the African stage and the group, strengthened by its solid reputation and the quality of its productions, participated in several charitable projects to help change their world, in addition to organizing their world, they then went on to organizing festivals and producing several Guinean artists.